Q. Microsoft Outlook is trying to send the same e-mail over and over.
A. There are multiple issues that can cause this, but we've found the most common to be one of two things. One, the hard drive is nearly full, and doesn't have enough room to cache attachments. Or two, your Outlook file has reached it's maximum capacity. The solution is to delete any large e-mails, especially ones with large attachments, from your inbox, outbox, and trash - to free up space.
Posted by WORD at 2:56 PM No comments: 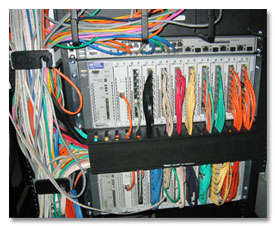 
*Many of the above stats were taken from a study done on less than 17,000 websites.  That is a fairly small control number, so the stats have to be taken with a grain of salt, but they're still quite interesting.  The information was compiled by Broadband Choices in the UK, who got their information from several sources.
Posted by WORD at 7:55 AM No comments: